Over our last couple of reviews, we've taken a break from reviewing all the different financial services offered by several of Canada's leading banks and instead honed in on credit card loyalty programs designed to reward customers for using their bank-issued credit cards to make purchases on all kinds of items ranging from gas and groceries, to pharmaceuticals, to technology, and everything in between. Today, we're going to look at another loyalty program, this time offered by Scotiabank.

Scotiabank, formerly known as the Bank of Nova Scotia, is part of Canada's "Big Five" of banking. With nearly $1 trillion in assets under management, Scotiabank is the third largest bank in Canada. Scotiabank has consistently expanded its operations since its founding in 1832, and Scotiabank now serves more than 25 million customers worldwide.

Rewards members can then redeem those points for a variety of rewards, including travel, merchandise, gift cards, and experiences.

How do Scotia Rewards work?

The Scotia Rewards program works like all other credit card rewards programs. Rewards members use their enrolled credit card to make a purchase, accumulate points based on the value of that purchase, then redeem those points for rewards once they've accumulated enough.

How To Earn Scotia Reward Points 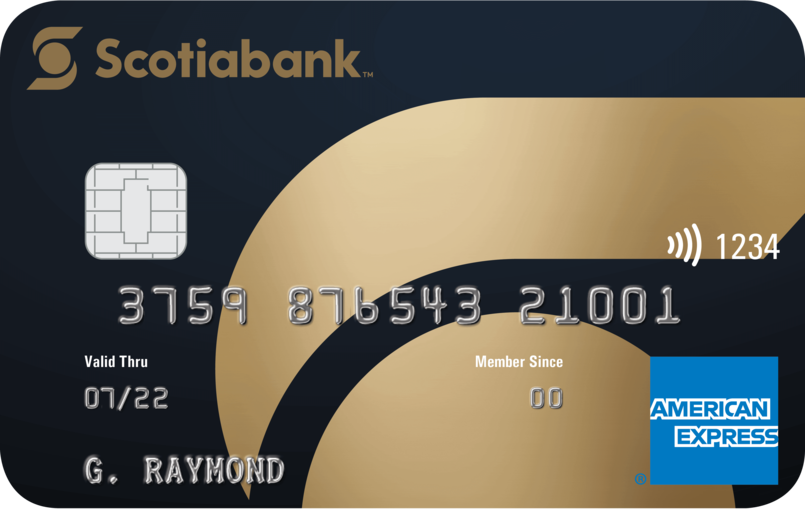 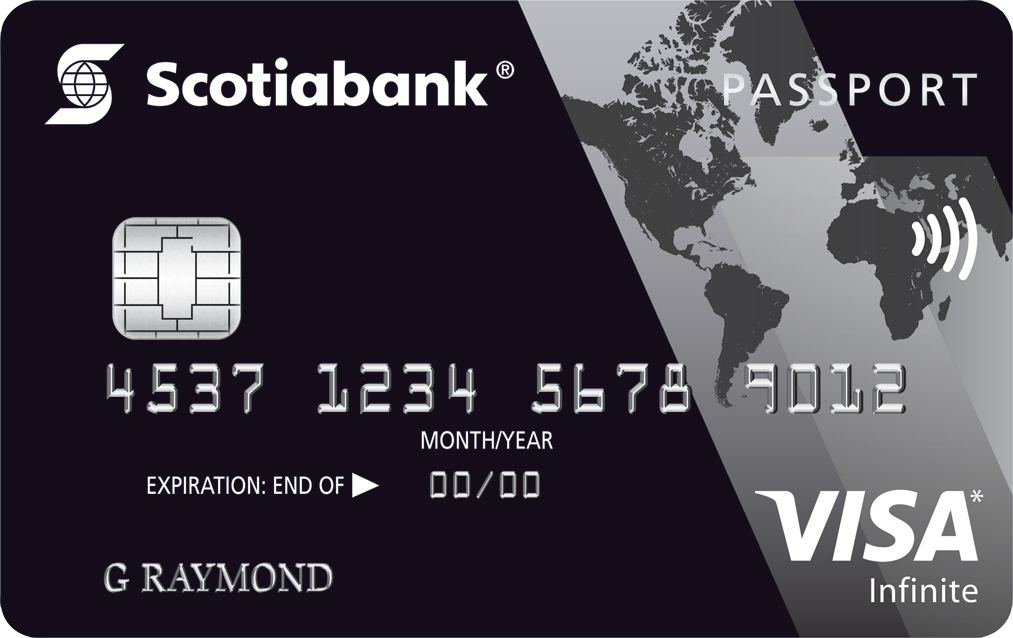 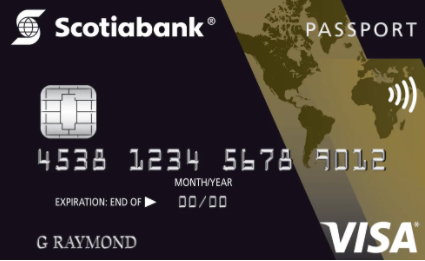 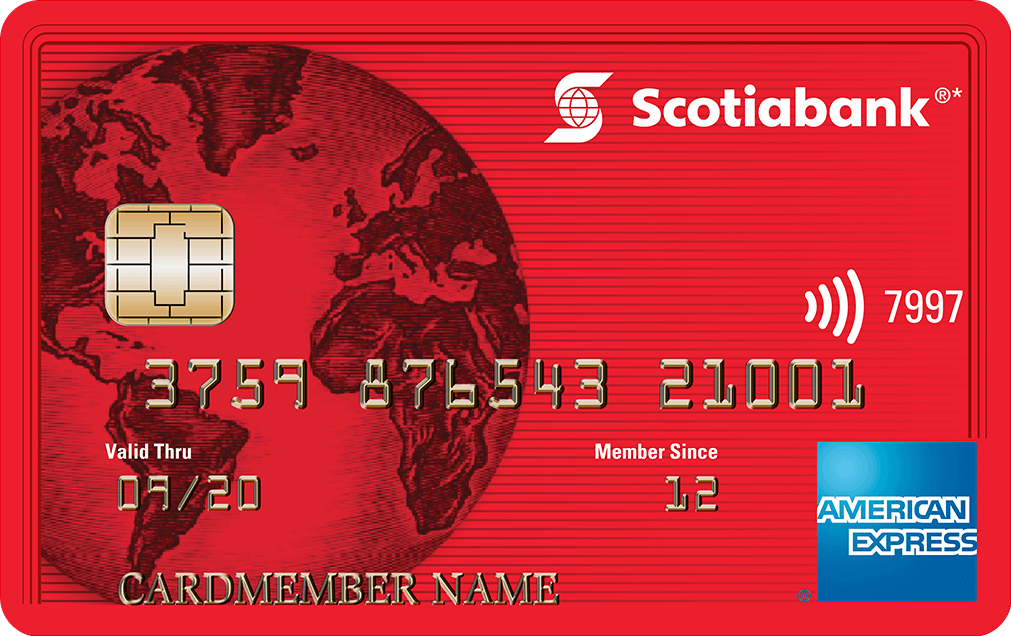 As you can see, Scotiabank offers a variety of rewards credit cards that are each tailored toward different spending and usage habits. While the Scotiabank American Express Gold card and Passport Visa Infinite card offer a host of additional benefits and the potential to earn substantial bonus points for a relatively modest annual fee, the Scotiabank American Express and Rewards Visa cards provide members who don't need all the extra benefits with access to Scotiabank's rewards program and no annual fee.

So, the bottom line is that if you're looking to maximize your points and you frequently dine out, love to cook, have a large family to feed, or otherwise spend heavily on food and entertainment, the 5x points on those categories of purchases offered by the Scotiabank American Express Gold card could be extremely valuable. Likewise, if you're a frequent traveler who enjoys access to airport lounges, the Scotiabank Passport Visa Infinite, which includes complimentary lounge access, could be quite valuable, as well.

What Are Scotia Rewards Points Worth?

Scotia Rewards points max out in value at 1&cent; per point when redeemed for travel-based rewards. In other words, a Scotia Rewards member can redeem 10,000 rewards points for $100 in value toward air fare, hotels, rental cars, cruises, or vacation packages. Members can elect to pay for the entire cost of their travel purchase with points if they have enough, or they can split the cost of their trip between their credit card and their rewards account.

But the most notable feature of Scotiabank's rewards program is its Apply Points to Travel feature. This feature allows members to book their own travel, using whichever site or service they prefer, and so as long as they use their Scotiabank Rewards credit card to pay for the cost of the trip, they can apply their Scotiabank Rewards points toward the cost of that purchase for up to 12 months after the fact. Rewards points retain their full 1&cent; per point value whether travel is booked through the Scotiabank Rewards Travel Service or whether the member elects to Apply Points to Travel.

Scotiabank Rewards points can also be redeemed for a variety of gift cards. Members can redeem 7,000 rewards points for a $50 gift card. This comes out to a value of .7&cent; per point. This drop in value when compared to redeeming points for travel and is comparable to the drop in value we've seen from other rewards program, and it makes it clear that the Scotiabank Rewards program is best used for its travel-based rewards. It can take up to six weeks for members to receive any gift cards ordered using rewards points.

Recall that the Apply Points for Travel feature allows members to redeem their points for what is essentially a statement credit for the value of travel booked outside the Scotiabank Rewards Travel Service, and those points are still worth their maximum 1&cent; per point when used for that purpose.

For example, at the time of this writing, members can redeem 45,900 points for a Breville mixer that retails for $399. This comes out to just under .9&cent; per point, which is quite close to the maximum value of a Scotiabank Rewards point.

Scotiabank Rewards members can cash in their rewards points for a variety of unique experiences and vacation packages, too. These rewards include tickets to tours and events, admission to the Vancouver Aquarium, and exclusive dining experiences.

Scotia Rewards offer Scotiabank credit cardholders a valuable way to receive a bit more value on money they're already spending. Additionally, the Scotiabank American Express Gold card's 5x points on food and entertainment purchases and 3x points on transportation expenses could go a long way toward accumulating a significant points balance quickly given these classes of purchases are quite common and often comprise a large part of many consumers' monthly spending.

Scotia Rewards members also benefit from the flexibility afforded by Scotiabank's Apply Points to Travel feature, which allows members to book travel however they prefer and then apply Scotia Rewards points at the same value they would carry if the member booked his or her travel directly through the Scotia Rewards Travel Service.

How To Redeem Scotia Rewards Points

Redeeming points is simple and straightforward. Members begin by logging into their Scotia Rewards account. From there, they can access their credit card statement to apply points toward a travel or non-travel-related purchase, use points to buy merchandise from the Scotia Rewards catalogue, purchase gift cards, or redeem for experiences. Members can also redeem points by booking travel directly through the Scotia Rewards Travel Service.

The key to maximizing Scotia Rewards points is to make sure to use an eligible rewards credit card to make as many purchases as you can use it for, but especially to use it to make purchases that are eligible for bonus points, such as food, dining, entertainment, and transportation.

Holders of the ScotiaGold Passport Visa can also maximize their earning potential by using that card to book travel directly through the Scotia Rewards Travel Service because doing so earns the cardholder an extra 5% cash back.

How Scotia Rewards Compares to Other Credit Card Rewards Programs

Additionally, the 5x bonus points offered by the Scotiabank American Express Gold card is an extremely good deal given that those bonus points are offered on three classes of common expenses: food, dining, and entertainment.

Scotiabank's rewards program offers credit card users a great way to quickly accumulate rewards points on some of their most common day-to-day purchases. What is more, the fact that Scotia Rewards points can be used to pay for travel booked through third parties provides members with a remarkable amount of flexibility to travel when and how they prefer.

While Scotiabank's lower-tier rewards credit cards don't offer much in the way of added value, if you're in the market for a premium credit card and your spending habits justify an annual fee, the Scotiabank American Express Gold or Passport Visa Infinite could both be strong choices based on their sign-on bonuses, potential to earn bonus points on common purchases, and additional benefits.

Can Scotia Rewards points be transferred?

No. Scotia Rewards points will not expire so long as the member maintains his or her rewards account.

How do I check my Scotia Rewards points balance?

Yes. Members can use Scotia Rewards points to pay for travel-related taxes, fees, and surcharges.

No. Members are free to use their Scotia Rewards points to book travel anytime and anywhere without worrying about blackout dates or seat restrictions.

How do I earn Scotia Rewards points faster?

Because purchases of gas, groceries, dining, entertainment, and transportation are eligible for 3x to 5x bonus points, the fastest way to earn Scotia Rewards points is to use an eligible rewards credit card to pay for those classes of purchases.